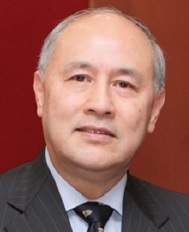 The keynote presentation will discuss:

Anthony Neoh, QC, SC is a senior member of the Hong Kong Bar specializing in international litigation, arbitration and financial regulatory matters. In 1979, he commenced practice at the Hong Kong Bar after serving for 13 years in the Hong Kong Civil Service.  He is former Chairman of the Hong Kong Securities and Futures Commission from 1995 to 1998, during this time, he was the first Asian to be elected Chairman of the Technical Committee of the International Organization of Securities Commissions.   From 1999 to 2004, he was Chief Advisor of the China Securities Regulatory Commission, at the personal invitation of former Premier Zhu Rongji. From 1991 to 1994, he was a member of the Hong Kong Stock Exchange Council and its Listing Committee, and chaired its Disciplinary Committee and Debt Securities Group, and was co-chair of the Legal Committee of the Hong Kong and China Listing Working Group. He was chief architect of the legal structure for the listing of Chinese enterprises in Hong Kong from 1993.  On 1 June 2018, Mr Neoh was appointed as Chairman of the Hong Kong Independent Police Complaints Council to serve a term of 2 years. He is also appointed as Chairman, Asian Academy of International Law with effect from 1 July 2018.  Mr Neoh was the Convenor of the HKMA Expert Group on the Finance Academy and now serves as Member of the HKMA Preparatory Committee for the Finance Academy. He is recently appointed as the Co-Chair of 2018 B20 Financing Growth and Infrastructure Task Force and Co-Chairman of The China Securitization Forum.

You need to login before accessing this section. Click "Login" from bottom menu.